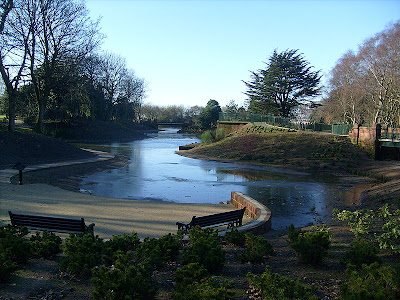 We chose to model Stanley Park in Liverpool for the Shang-Pool Arcadia Project because the recent regeneration of the park revived a jewel in Liverpool's heritage that struck a chord with the aims of the project.

Stanley Park is a 45 hectare (approximately 111.19 acre) park in Liverpool, England, designed by Edward Kemp, which was opened on 14 May 1870 by the Mayor of Liverpool, Joseph Hubback. It significant among Liverpool's parks on account of its layout and architecture. It has a grand terrace with expansive bedding schemes that were once highlighted by fountains. It has the 1899 Gladstone Conservatory (recently beautifully restored and renamed The Isla Gladstone Conservatory), a Grade II Listed Building by Mackenzie & Moncur. 50 - 60% of the land consisted of open turfed areas, suitable for sport, with most of the rest being laid out as formal gardens and lakes. Kemp designed a horse-riding track ('Rotten Row'), though it did not catch on, and was restyled as a cycle track around 1907. 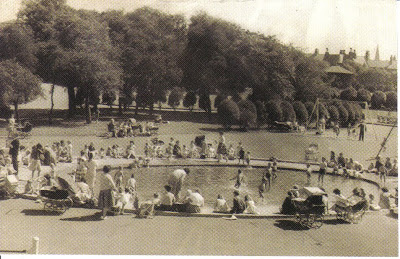 Some of Stanley Park will be incorporated into the area of Liverpool Football Club's proposed new stadium. Liverpool FC plans to move to a new stadium in Stanley Park. However, the expected change of ownership of the club during autumn 2010 is reportedly set to result in the Stanley Park project being scrapped in favour of expanding Anfield.

Stanley Park is known for being the land between Merseyside Rival football clubs; Everton and Liverpool.

The park has an Evangelical Church located on the corner in between the two football teams. It is named "Stanley Park Church" and is over 100 years old.

The park is named after Lord Stanley of Preston. Wikipedia

You can read more about Stanley Park here. 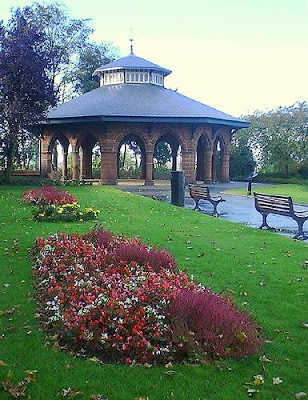 Posted by Shang Pool Arcadia at 06:27

Shang Pool Arcadia
This is a collaborative project established between Liverpool John Moores University, and the University of Shanghai. Drawing on expertise and research from both science and art faculties within these universities the project will take aspects of parks and urban spaces in Shanghai and Merseyside and create virtual and augmented Arcadia’s which explore the park as an idealised landscape.